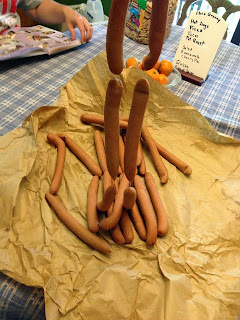 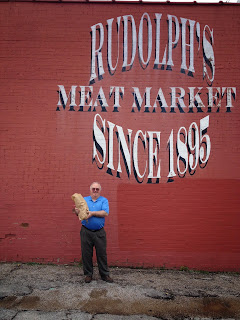 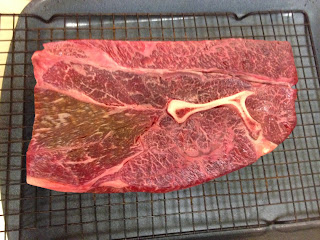 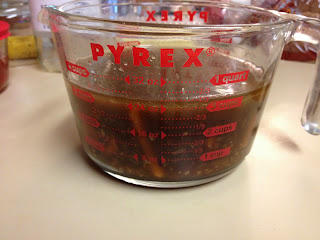 The next step is to take this whole thing and blend it up in the Cuisinart or some other kind of blender that will pulverize the potatoes and carrots.  This thickens the gravy and you don't need to add a flour and butter roux. Sometimes I add a little Worchestershire sauce. Sometimes more red wine.  You will notice I haven't put any water in.
Of course, now you don't have any veggies because you blended them all into gravy. That's OK.  Sometimes the red wine will turn the potatoes purple if you cook them together.  Yes--a kind of grayish purple.  It looks nasty.  The potatoes and carrots you have cooked at this point are merely thickener for the gravy.
To get the vegetable sides, I roast them and add them later.
Cut up the potatoes and carrots you want into the size you want and roast it in the oven in a single layer on a cookie sheet.  You can really add any kind of veggies here:  asparagus and brussel sprouts are nice.Douse them liberally with olive oil and seasoning salt.  Cook at about 400 or so--keep an eye on them and turn as needed.  This cooks it fast and gives it a rustic brown look.  And, best of all, the potatoes aren't purple.
Turn the oven back to 300-325 or so and heat the meat up covered in aluminum foil to keep it moist. You don't want to cook it any more, just heat it.
Combine the veggies and meat or serve separately. Serve the gravy in a bowl.
Posted by Jane at 1:37 PM No comments: