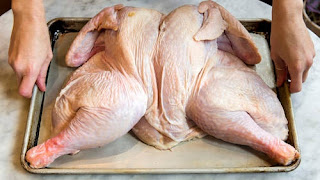 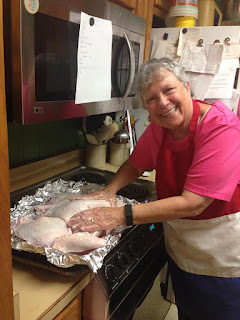 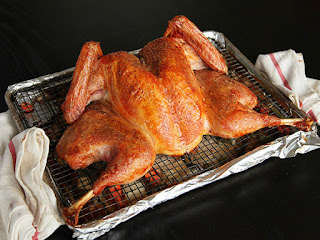 I do believe this was the lowest stress Thanksgiving meal I've ever cooked.  And I am not known for my stress-free Thanksgivings. But they are tasty.﻿
Posted by Jane at 6:06 AM No comments:

If you drank this cold you might call it Ginger Ale because this is really what it is.  I got the recipe from Mother Earth News and it's supposed to both prevent and cure a cold. I  made a quart last night, drank most of it already and haven't caught a cold yet.  And, if I did, I think this would make the whole thing just a lot easier to take.

You will need:
a hand of fresh ginger root (yes, it's called a hand) You'll need enough for 4-6 tablespoons grated
1/2 cup honey
2-3 lemons
Curl up with a good book and enjoy.